The NTDC curriculum will be piloted and rigorously evaluated in eight pilot sites (state, county, territory, or tribal nation) along with four private agencies that serve families who adopt children via the private domestic or intercountry process. These sites will work with the NTDC project to implement and evaluate the training and development program. The curriculum will be revised based on the evaluation and the feedback from the pilot sites.  The curriculum will be free and readily accessible to all states, counties, territories, child welfare agencies, tribal nations and adoption service providers in 2022.

The NTDC project has selected the following sites to pilot the curriculum:

Catholic Charities of the Diocese of La Crosse 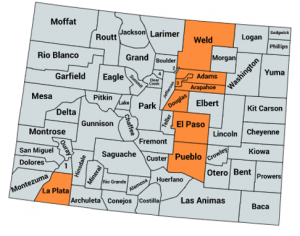 Colorado’s child welfare system is state supervised and administered by Colorado’s 64 counties. The Division of Child Welfare oversees child welfare practice, provides policy direction and provides 80 percent of the funding for services. Counties contribute approximately 20 percent of the funding through local revenues. The Colorado Department of Human Services’ (CDHS) Division of Child Welfare is composed of a specialized set of services that strengthen the ability of the family to protect and care for their own children, minimize harm to children and youth, and ensure timely permanency planning. Services stabilize the family situation and strengthen the family’s capacity to care for their children. When safety is not possible within the family, services focus on the child’s need for a stable, permanent home as quickly as possible. 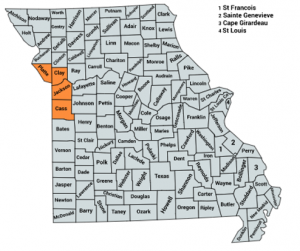 Missouri is a Midwestern state populated by over six million residents making it the 18th-most populous state of the Union and is comprised of 114 counties.  For the purpose of child welfare services the state is divided into 6 geographic regions.  The Missouri Department of Social Services is collaborating with five private child welfare agencies including Cornerstones of Care which is the awarded contractor for recruitment, licensure and retention of resource families in the identified region, their subcontractor Foster Adopt Connect, as well as privatized foster care case management partners; Missouri Alliance for Children and Families, Crittenton Children’s Center, and Missouri Baptist Children’s Home.  Each of these agencies will be participating in a pilot of the NTDC curriculum in the northwest corner of the state which includes the greater Kansas City metropolitan area. The curriculum will be offered only to non-relative resource families. 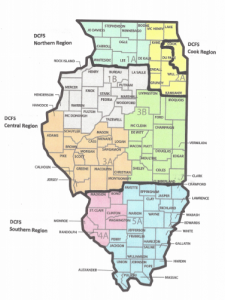 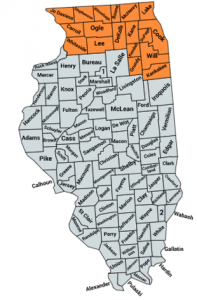 Illinois is the 6th most populous state in the United States with a total population of approximately 12.8 million people.  Cook County, which includes the city of Chicago, has a population of more than five million.  Illinois is both urban and rural and has 102 counties which comprise the four regions designated by the Illinois Department of Children and Family Services (IDCFS).  These regions include:

The Illinois Department of Children and Family Services will be implementing the NTDC curriculum in the pilot sites identified above: Cook Central and Northern Regions.  Cook Central represents the central area of Cook County and has offices in Chicago and in Maywood, a Chicago suburb. Northern Region is made up of 17 counties and includes both the Chicago collar counties as well as the remainder of the northern third of the state, and has offices throughout the area including: Rockford, Aurora, DeKalb, Elgin, Freeport, Glen Ellyn, Joliet, Kankakee, Sterling, Waukegan and Woodstock.  These regions were chosen in order to provide a balanced illustration of the state’s urban and rural population.  Additionally, these two sites currently represent the greatest volume of foster and adoptive parents being trained, the greater number of families who seek in-person versus on-line training as an option, and trainers with a higher capacity to assist in implementing and managing the initiative.  Geographically, IDCFS selected office sites that are more easily accessed and will require less travel barriers for all involved.  Selection was also based on the number of other initiatives each region is currently implementing.  Sites able to offer a better level of involvement were given preference.

Illinois is unique in that more than 85% of its array of foster care services are provided by purchase of service licensed private agencies throughout the state.  Some of these agencies are larger and provide the delivery of statewide child welfare services while others may only provide these services in more limited geographic areas.  Most of the private agencies choose to send their families to IDCFS sponsored trainings.  Within the pilot sites, all families who enroll in one of the IDCFS’s regionally offered training sessions, whether IDCFS or private agency families, will received the NTDC curriculum. 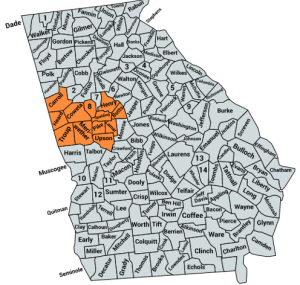 For more information about the NTDC project in Georgia, please contact: 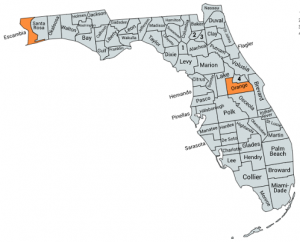 The Florida Department of Children and Families is ultimately responsible for the care, safety and protection of children, pursuant to Chapter 39, Florida Statutes.  However, with the passage of legislation in 1996 mandating the Department establish pilot programs to privatize foster care and related services, the state has moved to a community-based care model which combines the outsourcing of foster care and related services to competent service agencies with an increased local community ownership of service delivery and design. A statewide network of comprehensive, community-based care lead agencies have been equipped to manage and deliver services to Florida’s foster youth.  There are currently 18 lead agencies throughout Florida that are responsible for the provision of foster care and related services either directly, or by contract through a local network of providers. 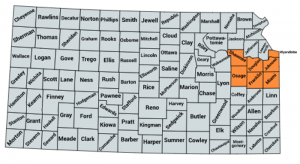 The National Training and Development Curriculum will be piloted in seven Kansas counties including: Johnson, Wyandotte, Miami, Douglas, Shawnee, Osage, and Franklin. Results from the pilot sites will be compared to the results for families in six central Kansas Counties including; Sedgewick, Reno, Kingman, Butler, Sumner, and Harvey. The counties include the six urban populations in the state as well as four rural or densely-settled rural counties. All child placing agencies in the pilot and comparison site counties will be participating in the evaluation of pre-service training for prospective adoptive and foster families, and kinship parents. 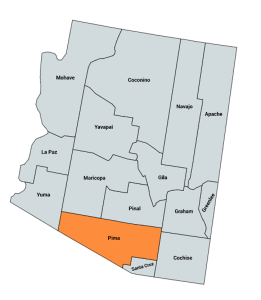 The Salt River Pima Maricopa Indian Community (SRPMIC) is a federally recognized tribe that has 9,000 enrolled tribal members who are made up of two tribes, the Pima and Maricopa. Their tribal lands is made up of 52,600 acres and is located in the metropolitan Phoenix area (Scottsdale AZ, Maricopa County).   Since SRPMIC is a sovereign nation they provide numerous types of services to their membership and as such do not have any local, state or other agencies involved in their NTDC pilot and they will offer the curriculum to families who are interested in becoming licensed through their tribal child welfare agency.

Serve families who adopt via the private domestic or intercountry process 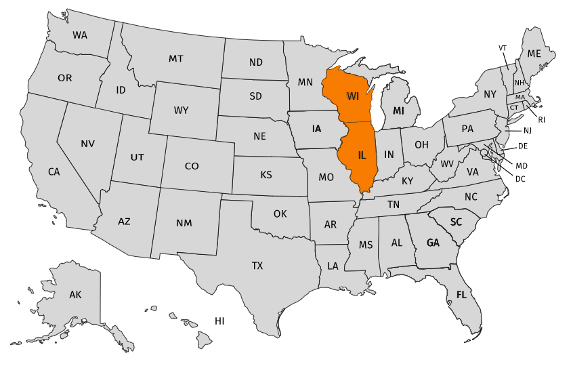 Catholic Charities of the Diocese of La Crosse

For over 100 years Catholic Charities of the Diocese of La Crosse (Wisconsin) has been working with all members of the adoption triad. The agency serves:

Catholic Charities of the Diocese of La Crosse will be using NTDC for all of their families who adopt via the intercountry or private domestic process.  For more information about the NTDC project being used at the agency, please contact: Cynthia Blum-Johnson, BSW/CSW   Domestic & International Adoption Coordinator at cblumjohnson@cclse.org

Words From the Pilot Site Facilitators

I loved the material, especially the displays of understanding and the stories!

I appreciated the activities that tugged on my own emotions because it took a personal experience and related it to what kids in foster care experience but to a higher degree.

The “Real-Life” videos and examples are also excellent tools for empowering foster/adoptive parents.

Material is well organized, rich in content for families and easy to understand.

Love the trauma informed material that will help parents gain a better understanding of child’s behavior.

The building of themes really work well together. It flows very well in the format.

Families and facilitators participating in the Pilots can log in here to access further information and resources.

This site uses cookies. By continuing to browse the site, you are agreeing to our use of cookies.

We may request cookies to be set on your device. We use cookies to let us know when you visit our websites, how you interact with us, to enrich your user experience, and to customize your relationship with our website.

Click on the different category headings to find out more. You can also change some of your preferences. Note that blocking some types of cookies may impact your experience on our websites and the services we are able to offer.

These cookies are strictly necessary to provide you with services available through our website and to use some of its features.

Because these cookies are strictly necessary to deliver the website, refuseing them will have impact how our site functions. You always can block or delete cookies by changing your browser settings and force blocking all cookies on this website. But this will always prompt you to accept/refuse cookies when revisiting our site.

We fully respect if you want to refuse cookies but to avoid asking you again and again kindly allow us to store a cookie for that. You are free to opt out any time or opt in for other cookies to get a better experience. If you refuse cookies we will remove all set cookies in our domain.

We provide you with a list of stored cookies on your computer in our domain so you can check what we stored. Due to security reasons we are not able to show or modify cookies from other domains. You can check these in your browser security settings.

These cookies collect information that is used either in aggregate form to help us understand how our website is being used or how effective our marketing campaigns are, or to help us customize our website and application for you in order to enhance your experience.

If you do not want that we track your visit to our site you can disable tracking in your browser here:

We also use different external services like Google Webfonts, Google Maps, and external Video providers. Since these providers may collect personal data like your IP address we allow you to block them here. Please be aware that this might heavily reduce the functionality and appearance of our site. Changes will take effect once you reload the page.

The following cookies are also needed - You can choose if you want to allow them: